AltrixBio’s leadership is made up of a mult-disciplinary team representing world-class scientists, engineers, surgeons, and entrepreneurs with successful industry experience. We are advancing the vision of Drs. Karp and Tavakkoli to develop a repurposed drug capable of adhering to the proximal bowel to replicate the effect of gastric bypass surgery for T2D. 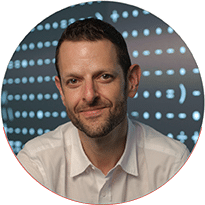 Dr. Jeff Karp Dr. Jeff Karp is a Professor of Medicine at Brigham and Women’s Hospital, Harvard Medical School. He is also a principal faculty member at the Harvard Stem Cell Institute, and an affiliate faculty member at the Broad Institute and at the Harvard-MIT Division of Health Sciences and Technology. He works in the fields of drug delivery, medical devices, stem cell therapeutics, and tissue adhesives. He has published over 125 peer-reviewed papers, with >17,000 citations, and has given over 300 invited lectures. He has over 100 issued or pending national and international patents. Several technologies developed in his lab have led to multiple products currently in development or on the market and for the launch of six companies that have raised over $180 million in funding. Technologies include hightech skincare, tissue adhesives and 3D printed biomedical devices, immunomodulation with bioligically responsive materials, small molecule regenerative therapeutics with an initial target of hearing loss, and biomedical devices to improve child safety. Karp has received over 50 awards and honors. Boston Magazine recently recognized Karp as one of 11 Boston Doctors Making Medical Breakthroughs. The Boston Business Journal recognized him as a Champion in Healthcare Innovation and MIT’s Technology Review Magazine (TR35) also recognized Karp as being one of the top innovators in the world (three members from his laboratory have subsequently received this award). Karp was elected to the American Institute for Medical and Biological Engineering’s College of Fellows in 2013 and a fellow of the Biomediacl Engineering Society (BMES) in 2018. His work has been selected by Popular Mechanic’s as one of the Top 20 New Biotech Breakthroughs that Will Change Medicine. He gave a TEDMED talk at the Kennedy Center in DC on bioinspired medical innovation, and since 2015 has been a member of the TEDMED Editorial Advisory Board. In 2015 and 2016, he received Breakthrough Awards from the Kenneth Rainin Foundation, and in 2015 was a commencement speaker at the University of Toronto Faculty of Dentistry and Pharmacy. His lab has been funded by the NIH, NFL, Bill and Melinda Gates Foundation, Prostate Cancer Foundation, Kenneth Rainin Foundation, JDRF, Helmsley Trust, DoD, Sanofi, J&J, Phillips, Leo Pharma, UCB Pharma. Rheumatology Research Foundation, Coulter Foundation, Brain Science Foundation, American Heart Association, Deshpande Foundation, Institute for Pediatric Innovation, Boston Children’s Hospital, Brigham and Women’s Hospital, the Government of India the Government of Korea, and the Government of Saudi Arabia. Karp also won an internal Shark Tank award judged by Kevin O’Leary (from ABC’s Shark Tank). In 2018 Karp gave a TEDx talk on Radical Simplicity at Boston’s JFK Museum. In addition to his research goals, Karp is dedicated to developing the careers of the next generation bioengineers at the forefront of regenerative medicine. He was selected as the Outstanding Faculty Undergraduate Mentor among all faculty at MIT and he received the HST McMahon Mentoring award for being the top mentor of Harvard-MIT students. To date, 20 trainees from his laboratory have secured faculty positions. Karp dedicates significant time to inspiring the next generation through hosting multiple groups of grade school and high school children to his laboratory each year for lectures and hands-on demonstrations, including schools from Japan, Sweden, and France, as well as through lectures at local and national schools. 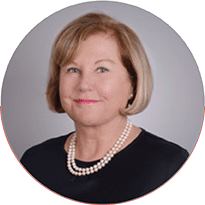 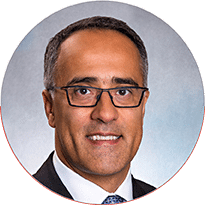 Ali Tavakkoli Dr. Ali Tavakkoli is a minimally invasive and bariatric surgeon at Brigham and Women’s Hospital and Associate Professor of Surgery at Harvard Medical School. He is the interim chief of the division of General and GI surgery, co-director of the Center for Weight Management and Metabolic Surgery and the director of Minimally Invasive Surgery fellowship. He received his medical degree from The London Hospital Medical College in England and became a Fellow of the Royal College of Surgeons of England (FRCS) before moving to Boston and finishing his surgical residency at the Brigham and Women’s Hospital and subsequently completing the Harvard Advanced Minimally Invasive fellowship. Dr. Tavakkoli leads an active NIH-funded research group that studies the mechanisms of diabetes resolution after gastric bypass surgery, focusing on the role of intestinal metabolism and neural signalling. His group’s goals are to develop less invasive alternatives to surgery that can replicate the metabolic benefits of surgery without the risks. He is an active member of many professional societies, and a member of the Board of Governors of the American College of Surgeons. He is an associate editor for the journal of Digestive Disease and Sciences and on the editorial board of the Journal of Gastrointestinal Surgery. He has been recognized for his dedication to surgical education with several teaching and mentorship awards. 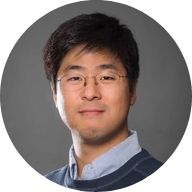 Yuhan Lee is a biomaterials engineer, Instructor in Medicine in Brigham and Women’s Hospital and Harvard Medical School. Yuhan is a creative problem solver and focused on identifying the unmet needs and to find solutions through biomaterials approach. He is an expert in formulations using safe biomaterials and GRAS materials for clinical, pharmaceutical and cosmetic uses. His works in biomaterials formulations have been published in high impact journals including Nature Materials, Nature Biomedical Engineering, and Science Translational Medicine.

ARE YOU A PHYSICIAN INTERESTED IN FUTURE CLINICAL TRIALS?

Get in touch with a member of our team today.